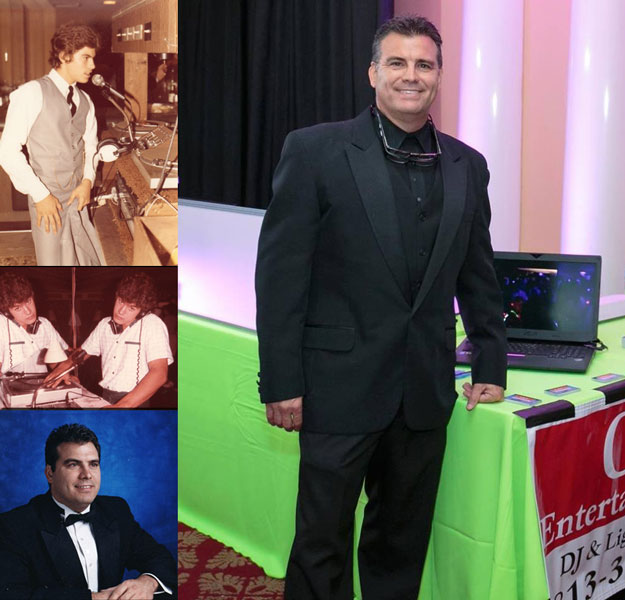 Michael Fernandez, “AKA” Mike Sean was born in Tampa, FL on Sept. 15, 1966. Growing up he played Baseball with Luis Gonzalez, Tino Martinez, Fred MaGriff and is a cousin to Lou Pinella. Baseball was in his blood. Michael Played Ball at H. B. Plant High School in Tampa – Class of 1985. He was a starting sophomore for both winter and summer ball but God had different plans for Michael. His purpose was written in stone. Let’s look back a few years when his path started to branch off in different directions.

In 1979, Michael Sean Fernandez assisted a DJ friend (Anthony Moran & Julio Moran) at wedding receptions and parties just for fun. Michael realized that he enjoyed the work and could make extra money. When Michael turned 15 years old in 1981, he bought his own DJ equipment and began to provide a service for friends and family members. He teamed up with two friends and they called themselves the MC3. They would DJ, Rap and Dance to entertain the party guest.

In 1982, the name CREWENTERTAINMENT originated when a bunch of high school buddies got together and organized a members club to provide teen dance parties once a month. The guy who started this club quit and Michael Sean Fernandez was voted President and eventually Owner of “The Crew Club Of Tampa Bay”. Other DJs were also part of this club, Like Rico Blanco, a well known personality in Tampa on stations like Q-105, Mix 96, U92, and Oldies 104.7. Rico and Michael played pee wee baseball together at West Tampa Little League and lived in the same neighborhood. Today, they are still friends and DJ workmates of 33 years and counting.

Which brings us back to the future, 1985! Michael was so good at DJing and Entertaining, he quit baseball to become the next Howard Stern or David Letterman but God had different plans for Michael. You see, Rico Blanco hired Michael Fernandez to DJ with him in a Tampa night club – four nights a week- while DJing weddings and parties for private and corporate functions on the weekends. For the next 4 years, Michael was a full time DJ while attending college to acquire his engineering degree.

In 1989, Michael Graduated Jr. College with AA Degree in Engineering and became certified as an EMT and Firefighter. During his College years, several people who heard Michael DJ said, “You have a great voice and personality, why don’t you go on radio or television”. So he did! Michael Fernandez enrolled in a Broadcasting School and took Mass Communications classes at a local Jr. College – HCC. This eventually led him to an internship with a Tampa Radio Station.

In 1990, Michael landed his first radio job with Jacor Communications – WFLA News Radio 970 and at that time Power 93 – The Power Pig WFLZ. Michael Sean received his Mass Comm. and Broadcasting Degree while working with Jacor Communications during the week and as a mobile DJ at functions on the weekends. One day, Dave Mann was helping Michael come up with a good on air name, when BJ Harris, who was the Music Director and Assistant Program Director for WFLZ 93.3 FM walked into the studio and said, “This Sunday Mike’s On the Air from 2p to 6p”. At that time Dave Mann said, “There you go….. Mike Sean!” Hence, the on air and DJ name “Mike Sean” was born. Unfortunately, part time Radio Jocks do not make a lot of money! Mike Sean says, “Even with two stations and 10 months in radio, my annual salary was only $15,000… max.” “Thank God for Crew Entertainment still going strong on the weekends”. “I was able to financially survive the corporate climbing of the ladder.”

In 1991, during one of my shifts at WFLA, Sharon Taylor noticed an AD in the news paper for a Walt Disney World DJ tryout. Sharon told Mike Sean about the DJ position at the world famous Walt Disney World- Pleasure Island. After 100 Disc Jockeys from all over the US tried out for the job and guess who got it? …….Yep, Mike Sean was the new Pleasure Island – Pl live DJ with Saturday and Sunday Nights off so that he could continue to DJ Crew Entertainment functions on the weekends. Things were great but he still wanted to be the next David Letterman or Howard Stern. So Mike Sean left Disney and went back in to radio and hosted a Television talk show to make his mark.

In 1998, Mike Sean added digital video production to his DJ company called Crew Entertainment DJ and Video Inc. He has produced and edited hundreds of videos from commercial advertisement to educational videos to entertainment videos as well as weddings, birthdays and anniversary videos. Over the years, Mike Sean has gained knowledge and skills in the entertainment and production world as well as the multi-million dollar wedding industry. Mike Sean saw an opportunity and possibly is calling and claim to fame.

In 2002, Mike Sean used DJ and Video skills and knowledge to create and develop the newest, most innovative and technological way to shop local wedding professionals FREE on-line. Hence, the birth of the DVD Wedding Mall. After 3 years of part time development and production, the DVD Wedding Mall is almost complete and ready for testing.

In 2005, The DVD Wedding Mall is designed to connect Brides and Grooms with local wedding professionals through video storefronts inside our 3D animated mall. The “Video Mall Directory” lets you interactively shop vendors, compare services, and get ideas by watching Digital Video Demonstrations of wedding professionals in your area. All this is done from the comfort of your own home, on your own time… with no sales pressure. This will give you the opportunity to choose who will be the best for you on your wedding day. The DVD Wedding Mall web site and idea hit the market for testing July of 2005. Mike Sean is excited to announce the launch of the DVD Wedding Mall in full swing August or September 2005!

Mike Sean says, “Yep it’s the 21 st Century, look at me, I’m not famous, not rich but I have enjoyed my journey. I truly believe that God has his hands on all of our lives and no matter how many wrong turns we make in life, he will keep giving us the opportunity to follow the path that is intended for us. I am very grateful that I had Crew Entertainment functions to keep me going for almost over Twenty years through the good and the bad. Being an on-air Radio Disc Jockey and hosting Television Talk Show along with weddings, parties, corporate functions, and Video Production gave me the experience and credentials to take pride in my work, my family and my way of living. I have built and will continue to build a customer-friendly service that will create memories for a long time. I am not sure if I will ever be rich and famous but I can guarantee you one thing … I will die one day! You see, I know that during my life’s journey, I have made some people angry as well as touch the hearts of others. All of my life’s mistakes and accomplishments were either a lesson or a gift from God. He gave me the opportunity to get to this half way point in my life and I look forward towards the rest of my journey.